Skip to content
You are here VITE
/ Projects / VITE

Virtualisation of the testing environment

Objective of the project

First, to propose a testing framework by carefully analysing user’s needs and current situation and from there building a process that can be accepted by all railway stakeholders and whose main strength will be to perform as many tests as possible in the lab. An analysis of uncertainties and a simulation of GSMR QoS as well as a proposed methodology for test protocols optimisation will also be addressed.

To validate the test process framework and the lab architecture demonstrations by the participating labs using real track and train data from three of the most significant European countries deploying ETCS (Spain, Italy and Belgium), as well as an assessment by NoBos, DeBos and users from these three countries are also foreseen.

Finally VITE has some dissemination and coordination actions to ensure the success and usefulness of the project in particular regarding the coordination with S2R-CFM-IP2-01-2015 and other S2R initiatives. The expected impact of the project is to significantly contribute to the development of a Zero Onsite testing environment.

The VITE consortium involves users (RU and IM), independent labs, NoBos/DeBos and engineering and technological companies, all of them leading companies in the railway sector and in particular in signalling and ERTMS. This consortium thus complements the know-how and expertise of the S2R JU members.

The contributions of Multitel in the VITE project aim mainly the enhancement of the system tests for ERTMS, with the aim of anticipating tests by performing them at the laboratory rather than on-site testing, therefore reducing time and cost.

In order to accomplish this goal, Multitel is contributing with the analysis of the current Subset-111, the proposal of an enhanced architecture and on demonstrators. In particular, Multitel participates with contributions for FFFIS specification of Interlocking as a contribution to Subset-111 and with remotely connected tests between Multitel and partner laboratories.

Up to recently Multitel has performed ERTMS tests at component level. With the VITE project, Multitel is targeting to enlarge its scope to ERTMS System level tests too, consolidating an activity that has started even before the VITE project, but that is getting an international contribution to the Subset-111 candidate standard, in cooperation with international partner laboratories. 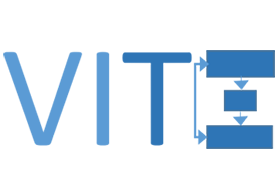